Inextricably linked to Harris Tweed is a strong sense of heritage and tradition, or as it is known in Gaelic, dualchas, and a passion for making by hand. This knowledge and expertise has been inherited through generations of crofters, with many people over the centuries contributing to a unique process that remains so intertwined with the eclectic spectrum of the landscape.

This now famous cloth is woven in the Outer Hebrides, on the west coast of Scotland. Originally known as Clo Mhor in the Gaelic west (meaning Big Cloth) as it was heavy and coarse, the name later evolved into its now renowned label Harris Tweed.  For a cloth to be called Harris Tweed however, it can only be made in this area of Scotland.

A selection of Ian Lawson’s photographic prints for his book From The Land Comes The Cloth (2015), Harris Tweed Authority

The Dunmore family were the proprietors of Harris (an island in the Outer Hebrides). Before the invention of machine spinning and weaving, everything would be done by hand in the crofter’s homes and was initially for their own domestic use. It was mainly women who lived on this island that weaved the cloth around the 1800s and the author, Andy Pike, in his book, Origination: The Geographies of Brands and Branding, records that weavers would sing songs as they wound the bobbin. It was then most likely due to Lady Dunmore, the widow of the Earl, that it gained more economic significance. In 1864 she had Harris Tweed jackets made for the staff on her estate. Seeing how successful, smart and durable they were she introduced it to her friends and it became fashionable for hunting and sporting attire. Her support for the fabric meant that it spread across to the UK and went into all major fashion houses. 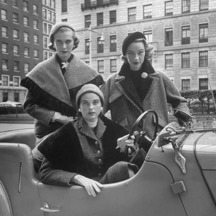 Despite there being elements of the process which rely on machinery now, there are still a vast majority of weavers who work in sheds at home contributing to the making. Harris Tweed is idiosyncratic in that every stage of the fabric’s production is carried out on site by the producers themselves, rather than any outsider specialists. In this way, the manufacture process remains integral to the lives of the local islanders.

There is an age-old process of manufacturing the wool for cloth. Firstly, pure virgin wool is collected from sheep.  As their wool varies, so in turn the texture and thickness of the wool can vary too.  Sheep such as Cheviot for example, provide a short and fine wool whilst Scottish Blackface have a coarser, longer fleece and cross-breeds offer a further mixture. Collectively this diversity allows the islanders to cater to a wide economic market creating a range of thinner or heavier fabrics, with all products lasting generations. 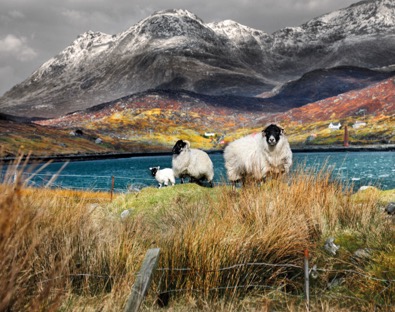 After the wool has been thoroughly cleaned and dried, they are dyed into big vats from a wide palette of colours. They are then put into a mixing machine before the yarn is made, giving it a subtle tint of a variety of coloured yarns which will show in the finished fabric. Then, as Andy Piper further advises ‘a carding machine pulls and twists the fleece so it becomes like candy floss…making the fleece tighter in twine, thinner in depth and wider in width.’  After this, the yarn is delivered to the weavers with instructions from the mills’ designers. Even though they work from instructions, each weaver has a different way of weaving and will be known for it locally, and in this way every piece of cloth is individual and original.

All the different colours of dyed wool. Image from Lara Platman’s book Harris Tweed: From Land to Street.

In the last 150 years Harris Tweed products have become so popular and fashionable that demands for production increased. You can see their suits in Saville Row, or down the catwalk. It was also worn by George Malloy who attempted to climb mount Everest in 1924, keeping him very warm! 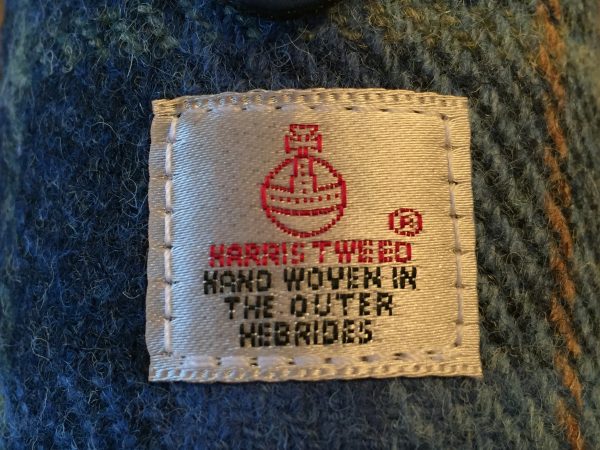 Each product made with true Harris Tweed fabric carries an identifying label with the Harris Tweed orb, the trademark symbol of certification.

The photographer Ian Lawson documented the landscape of the Outer Hebrides in his exhibition entitled From The Land Comes The Cloth, which later became a book. It is clear when viewing these extraordinary, dramatic natural scenes how closely connected the Harris designs are with the landscape. Lawson’s saturated colours, stark contrasts and wide angled views illustrate the diverse, vibrancy of the Outer Hebrides and reinforce a sense of integration between the islands and the making process. In his book, Lawson has said of his work that it is in celebration of all he has seen, that it is ‘graced with the timeless beauty of this ancient craft.’ 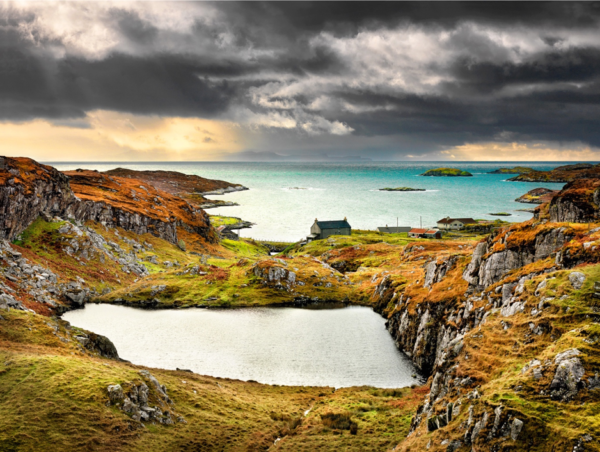 Within the collection of the Blue & White Company, we offer several items in Harris Tweed and look forward to working with weavers and craftsmen and women in 2018 to bring you products that carry the heritage of their island life… 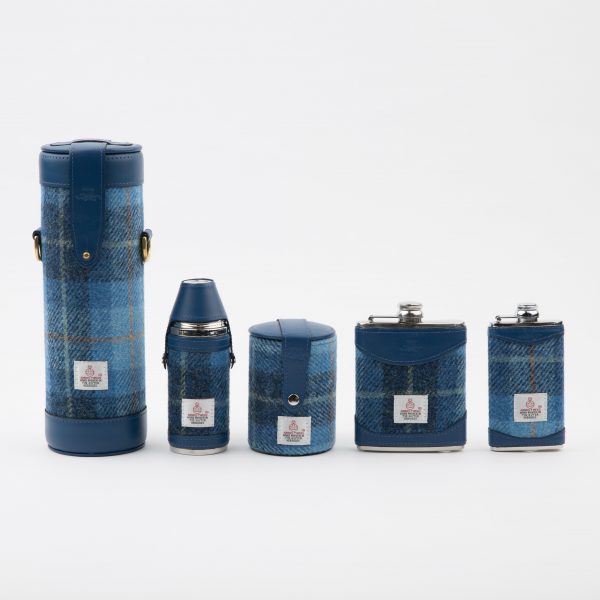 A unique collection of travel flasks and cups in Harris Tweed and blue leather. Click on the image for more information. 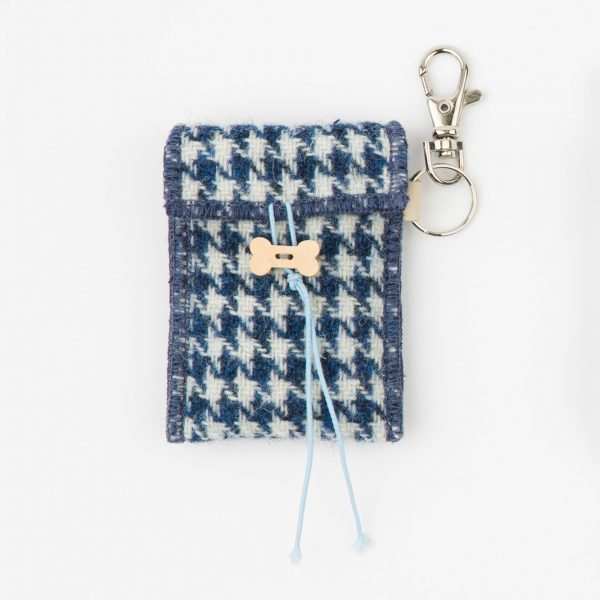 Harris Tweed pouches sealed with wooden dog bone buttons on a keyring. Click on the image for more information.