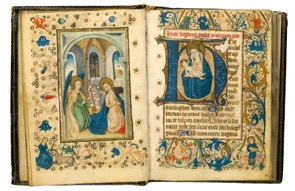 Book of Hours, Use of Utrecht, in Dutch,

Illumination and the focus on light has taken on many forms within art. Before the printing press was invented around 1450, all that existed were handwritten books and some of the most meticulous and beautiful of these were called illuminated manuscripts. The world comes from the Latin ‘illuminare’, meaning to light up and the term was used in this context to denote the glowing decoration provided by the colourful illustrations, accompanied by real gold and silver. This gave the impression that the pages were literally illuminated, metallically shimmering with light. Most early manuscripts were of religious subject and the ‘illuminators’ made them inside monasteries. Later in the Renaissance painters also contributed to the illustrating the pages of manuscripts.

When thinking of art that focused on light, it is difficult not to mention the Impressionists. This group, that flourished in France in the second half of the nineteenth century wished to capture the fleeting experience or the impression of the present moment. A crucial aspect of this was their careful and inventive interpretations of the effects of light within their mostly outdoor scenes, which they recognized changed according to the season and time of day.

Claude Monet was a key figure and founder, who continuously studied the quality of natural light onto his subjects. He often made a series of paintings that focused on the same subject, such as haystacks, yet recorded the changing effects of light connected with it. One of his series is of Rouen cathedral in France.  His colour palette differs with each new canvas of the same subject, as the time of day and season changes. He painted its west façade around twenty seven times! 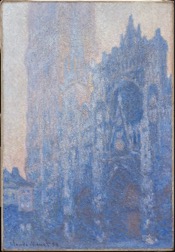 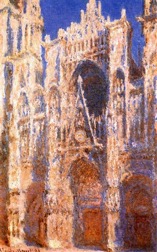 In 2004 artists Hélène Richard and Jean-Michel Quesne of the Paris-based company Skertzò created a fifteen minute light projection, paying tribute to the artist’s paintings by projecting their own photographically manipulated versions inspired by his onto the cathedral. In doing this, they managed to transform the elaborate gothic structure into a living canvas. In this and in other works, Skertzò create illusions by adding theatricality onto the urban landscape through light projections. 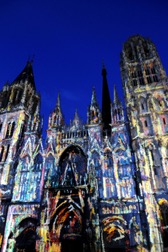 This year, for their Winter Light Illumination show, Waddesdon Manor invited the American mixed media artist Lauren Booth to illuminate the house and garden with with her artworks. Lauren’s light-based works are around the grounds in this Buckinghamshire country house in Electric Menagerie, as part of the contemporary arts programme there. These light works have been inspired by the real and imagined animals associated with the manor and the Rothschild family who lived there. Baron Ferdinand who built the manor in late nineteenth century acquired a great deal of animals including goats, birds and llamas which formed a menagerie at Waddesdon. 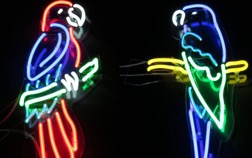 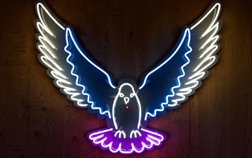 Booth has been using lights and neon in her work since 2002. She has collaboratively worked with many different people in her projects. For one of her pieces The Illumination Show 2004-2008, Booth asked world leaders whom she admired to write inspiring words. She then transformed these words into neon signs, written in their handwriting. 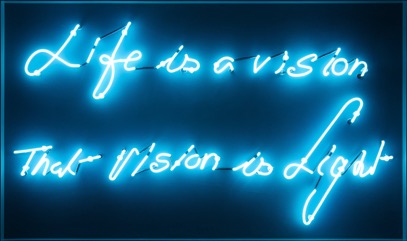 BKS lyengar – Life is a vision, that vision is light from The Illumination Show 2004-2008, Lauren Booth

In previous years at Waddesdon, the English artist Bruce Munro had created a monumental temporary artwork in the gardens. This was called Field of Light, and was just this; Munro created 9,000 stems with colourful frosted-glass spheres. They each contained optical fibres which lit up ‘in bloom’ most powerfully in the dark. Visitors could walk through the lights as if in a magical, luminous field. 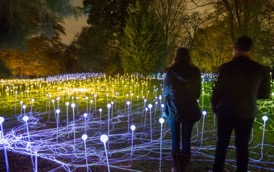 Munro’s light-based installations are often immersive, focusing on human sensory experience. The Field of Light installation or its concept travelled to many destinations before and after the Waddeson commission, changing slightly each time. One site was in Uluru, the centre of Australia. Munro flew out 60,000 light bulbs, powered by solar energy to this site which is known for its massive sandstone monolith rock. 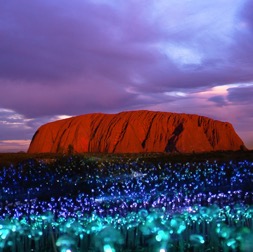 As we celebrate the work of artists who have created light shows and illuminations, so too can you!  The Blue & White Company’s lights can be used both outside and indoors to create your very own illuminations throughout the year and in every season… 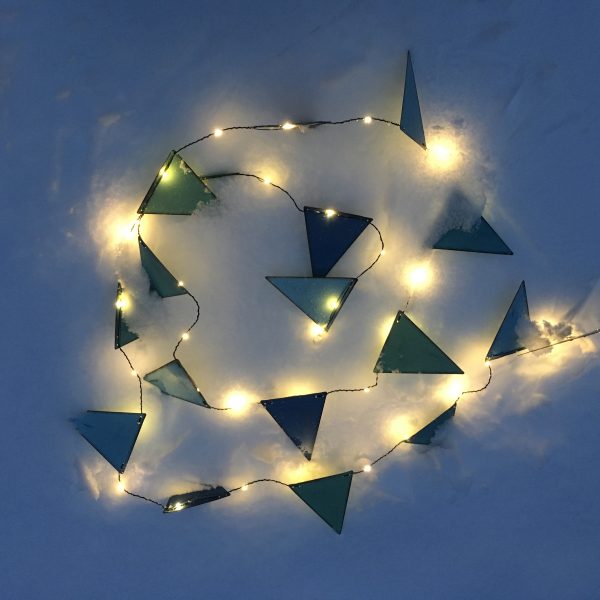 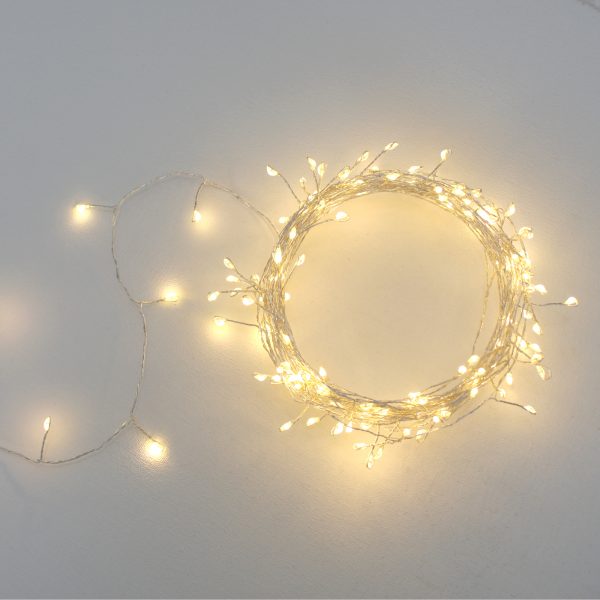 Fairy lights to use in every season, available from the Blue & White Company, click on image for more information